Our administrative offices will be closed on Monday, January 17th in observance of Martin Luther King Day.

Public safety professionals: learn the skills necessary to work with people, manage change in an organization, create innovation in organizations and utilize communication skills to solve social and organizational problems.

The Bachelor of Science in Public Safety Administration is designed for the public safety professional. This major requires a minimum of 36 credits.

All courses require a background in public safety (or permission from the instructor), and have prerequisites of ENG 101 and ENG 102.

See the full requirements for our Public Safety Administration major in our Official Catalog.

Colonel Robert G. Morris, III, Ph.D., was born in Philadelphia, PA and grew up in Chicago, Ill. In 1966 he returned to Philadelphia to attend Pennsylvania Military College. During his 30-year career in the United States Army, he commanded soldiers at every level from platoon through Army installation level, serving with the 101st Airborne Division, 1st Calvary Division, 4th Infantry Division, 3rd Armored Division, 24th Infantry Division and the 11th Marine Regiment. His service also includes command of a battalion task force in Operation Desert Shield/Desert Storm as part of the 24th Infantry Division attack into Iraq. During his career, Dr. Morris served multiple tours in Germany, initially assigned to the Counterterrorism and anti-Narcotics teams and with the German Federal Border Police (Bundesgrenschultzpolitzei). He has also held multiple senior staff and Diplomatic posts including: Deputy Chief of Staff, Personnel, VII Corps Artillery, United States Army Europe, and as Director of the Emergency Operations Center for the North Atlantic Treaty Organization during combat operations in the former Yugoslavia, and the intense negotiations to admit former communist countries into NATO. Early in his career Colonel Morris served as a Team Leader of a special Counter Terrorist and Narcotics team in West Germany and also patrolled the East/West German Border Flying Missions as a member of the 3rd Armored Division Aviation Section and later as the Division Artillery Operations Officer. Colonel Morris’ areas of expertise include Central Europe, The Middle East North and Central Africa. Dr. Morris holds a Bachelor of Arts in English Literature from Pennsylvania Military College and a Masters of Arts in Management and Supervision from Central Michigan University. His postgraduate studies include a Diploma in General Staff Policy and Procedures from the U.S. Army Command and General Staff College and a Diploma in Strategic Operations Plans and Policy from the Army War College. Between 2009-2013 served as Dean of the Sierra Vista, Tucson and El Paso Campuses. Dr. Morris has completed a Doctoral course of study in Business Administration. Doctor Morris has authored 4 Army leadership studies including: "The Buffalo Soldier - The United States Army and the Indian Wars 1867 - 1895"; "The Normandy Invasion, The Airborne Assault", "Operation Market - The Airborne Invasion of Holland"; and "Task Force Smith - The United States Army enters Korea". Dr. Morris won the Army War College writing award for his Personal Experience Monograph entitled, “the 2nd Battalion, 18th Field Artillery in Operation Desert Shield/Desert Storm and in 2010, the Northcentral University Dissertation of the Year award for his Dissertation entitled "An Exploration of Army War College Leadership Development". Colonel Morris was awarded an Incident Commander designation for the State of Texas in 2008.Colonel Morris is a 4th Generation Army officer and has 2 sons who served Combat tours in Iraq and Afghanistan. Currently, Dr. Morris serves as full time faculty for Wayland Baptist University San Antonio, teaching Wounded Warriors, Veterans, First Responders and their Families. In his spare time, Dr. Morris enjoys Scale Modelling and restoring vintage automobiles. 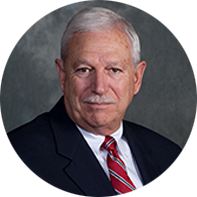 Dr. Saitta teaches a “Counteracting Terrorism” course and a newly developed “Pandemic Preparedness” course. He initially served as a rifleman in Vietnam in 1968 -1969, and as a commissioned officer. Later he was a deputy sheriff and a federal agent. He was involved in most aspects of terrorism preparedness and response. After the September 11, 2001 terrorism attacks he came back to work, this time as a Bioterrorism Coordinator for the Virginia Department of Health, where he used his knowledge of public safety to ‘build bridges’ with public health. He retired in 2009.

In March 2020, as the COVID-19 pandemic began, he was asked to return to the Virginia Department of Health, now as the COVID-19 Incident Commander for a regional public health district that serves a population of 376,000, located in five jurisdictions. He holds a Master’s degree from the George Washington University and a Doctorate from the Virginia Polytechnic Institute and State University. 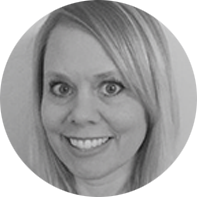 Rachael Peterson, SPHR, SHRM-SCP is a senior certified human resources professional with over 25 years of experience in all areas of human resources, including, but not limited to, organizational development and design, employee engagement, HR strategy, employee and labor relations, mergers and acquisitions, total rewards, and talent acquisition. Her industry expertise includes healthcare, media, technology, insurance and retail – most of which included Fortune 50, 100 or 200 companies.

Rachael holds a Master's degree in Human Resources Management from Ottawa University and is a certified professional coach. Rachael has been recognized for her achievements in workplace culture change and positive employee engagement.

She resides in the Phoenix, Arizona area with her husband, daughter and Pomeranian. 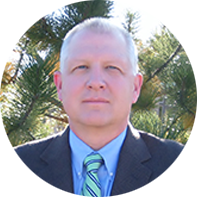 Lonnie is a career firefighter (22 years) and a career educator (31 years). Lonnie is the Deputy Director for Emergency Management and the Emergency Manager for the Pikes Peak Regional Office of Emergency Management (PPROEM), a joint Colorado Springs and El Paso County agency. The PPROEM is responsible for 750,000 citizens, over 2,000 sq. miles, 5 military bases (including the Air Force Academy, Fort Carson, and Space Force), 8 municipalities, elevations from 5,700 feet to 14,000 foot Pikes Peak. The area also includes the Olympic Training Center, and 27 fire districts and departments. Lonnie is a retired Colorado Springs FD Fire Captain and also worked two years as the Fire Chief for a metropolitan district fire department.

Lonnie is honored to be teaching at Charter Oak State College, since 2005. His passion is teaching leadership, ethics, and emergency management for our public safety professionals. He is a Professor Emeritus for the Fire Science Technology and Homeland Security Emergency Management degree programs at Pikes Peak Community College where he served as an instructor, faculty member, degree program administrator, and academic dean for over 26 years. He graduated from Colorado State University in 1981 with a B.S. from the College of Forestry and Natural Resources and worked as a park ranger and forestry technician prior to becoming a municipal firefighter. In 2004 he graduated with a master’s degree in Organizational Leadership from Fort Hays State University. In 2020 he attained the Certified Emergency Manager (CEM) credential from the International Association of Emergency Managers (IAEM). Lonnie lives in Colorado Springs with his wife. 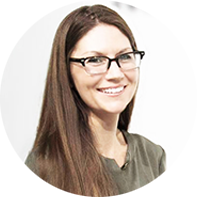 Students who graduate with a major in Public Safety Administration will be able to:

Get credit for what you know. Earn your degree quicker.

Prior Learning AssessmentVideosTestimonialsCredit Predictor
Your Counselor 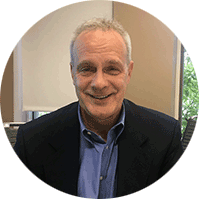 Shawn is our Enrollment Counselor who specializes in working with public safety professionals. He routinely visits police, fire, and EMT stations nationwide. Shawn has helped hundreds of working adults return to college to complete degrees they need to advance their careers.